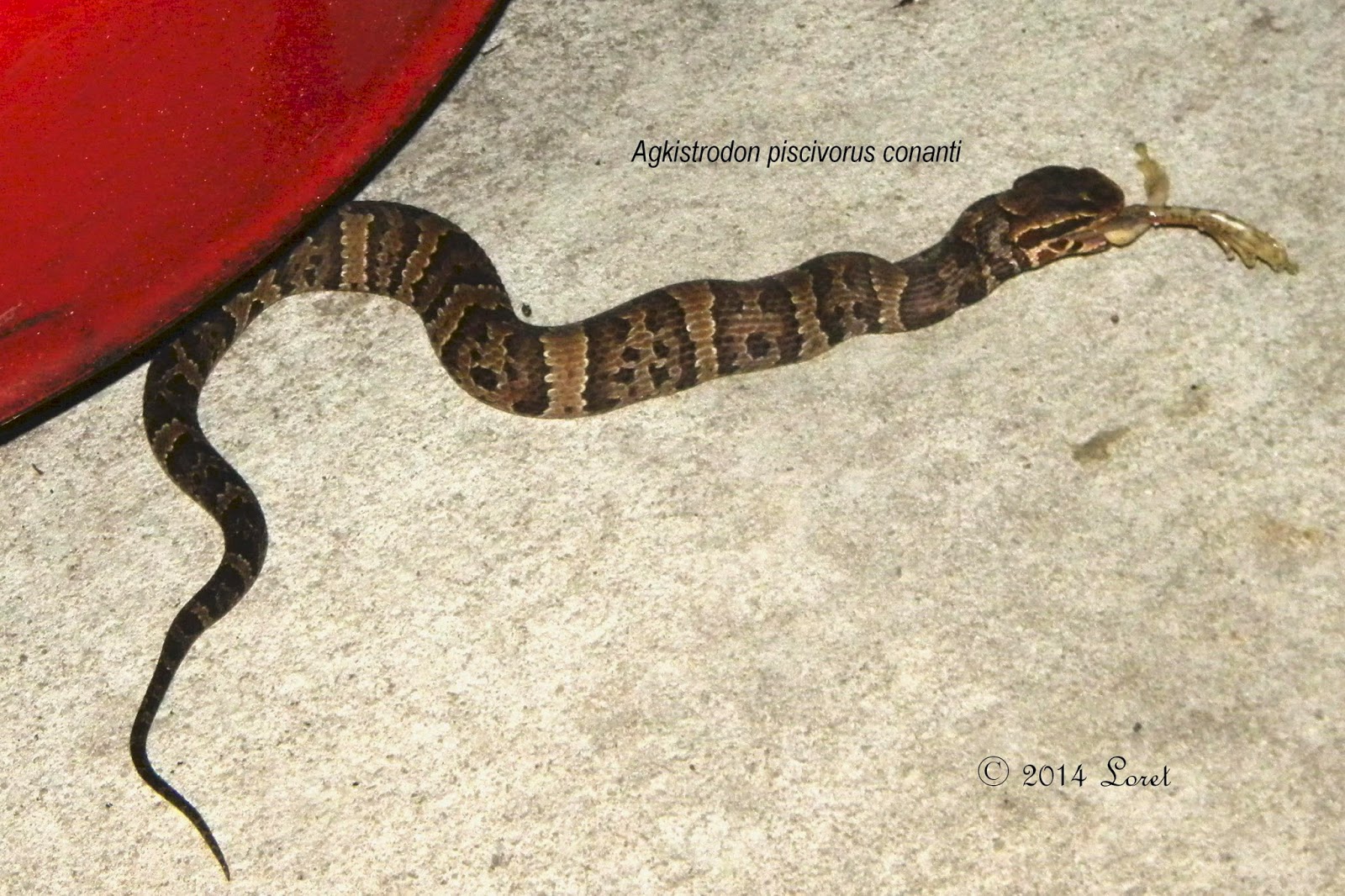 So, I spotted a cottonmouth snake a couple of nights ago on the patio, eating a Cuban treefrog.  If not for the dogs this would be a joyous sight.  Anything that eats the invasive frogs is a good thing in my book.  Unfortunately, cottonmouths a.k.a. water moccasins, are venomous snakes of the “get thee immediately to the hospital” venom variety.

Most snakes move on in good time, but Chili encountered the snake the other morning, luckily with no serious repercussions.  Again, snakey had a frog in its mouth so couldn’t bite her.  He did, however regurgitate the frog by the time I ushered the dog into the house, so he was getting ready to feast on the larger, more annoying Irish Setter prey.  Thankfully tragedy was avoided.

Today, Elliot, Chili and I were out wandering around and I decided to go inside for a bit.  Down on the patio below an opening in the brick lattice was the cottonmouth. AGAIN!

Obviously the snake was not going to move on so I checked the Florida Fish and Wildlife Commission website for a snake relocation service.  I was happy to find one just a few streets over from me.

Meet Sonny and Greg of Sonny's Unwanted Adventures…snake handlers extraordinaire.  They arrived in less than 20 minutes with their fancy equipment consisting of a golf club (I think a 3-iron) and a white plastic bag.  The snake had moved but was still visible and they dispatched him into the bag in short order.

“What do I owe you?” I asked.  “Ten dollars”, Sonny announced.  I was stunned by the low amount and I guess my face showed it because as I opened the door to go inside, Sonny sheepishly said, “Well, I’d take $20 since I have a helper”.  I reached into my purse and grabbed $25.00. At that moment I heard some conversation from the two gentlemen.  “I’ve got it”, one said.  “Check under there, there must be a nest”, the other reported.

I stuck my head out and they were adding a second snake to the Hefty kitchen bag.  They moved the lawnmower and the rubber mat and cleaned out under them.  They looked around a bit and said they would come back if I found any additional visitors.  I reached into my purse and exchanged the $5.00 for a second $20.00.

Sonny thanked me profusely and reminded me that I now had a credit for a few more catches, to call any time.  I pooh-poohed him and said I’d pay his regular rates for return visits, just knowing that he was close by was worth it to me. 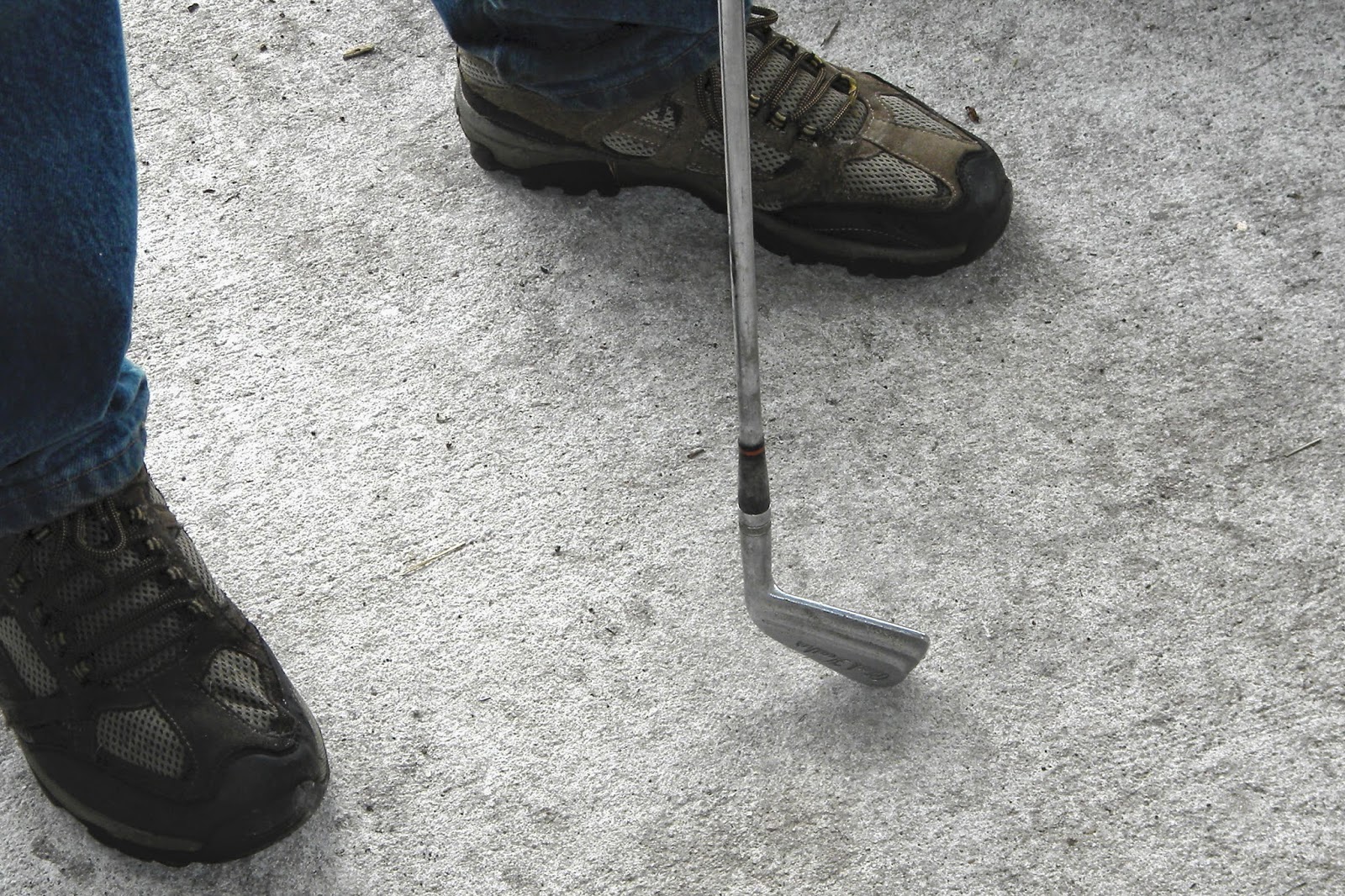 What a relief.  I’m glad I called in the professionals. I might have thought a 9-iron would do the job, and I’d have come up very short!
Posted by Loret at 8:28 AM 6 comments: Links to this post