Friends and Nature in 140 Characters or Less 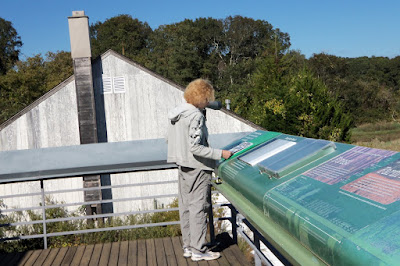 I'm not exactly sure why this never got published back in 2012, but I just found it and figured it still is worth a share, even if it is 3 years later.

I started using twitter back in March 2009 when our local news team was offering free movie tickets to tweeters.  In exploring a practical use for Twitter, I thought that I might be able to incorporate some publicity for our local chapter of the Florida Native Plant Society by setting up an account.


Slowly I began locating tweeters to follow, using search terms that had to do with #environment #ecology #gardening #Florida and the like.  I pretty much followed back anyone who followed me, provided that their avatar wasn't naked or their timeline filled with "just ate a sandwich, it was good" or "damn, the ice tray was empty".  I religiously retweeted environmental article links that I found enlightening and somehow began acquiring a solid following.  I guess my mindless drivel isn't such drivel after all ;)

A fellow tweeter caught my eye because she gives a morning weather report for Long Island, my old stomping ground and still home to my eldest sister.  She also shows a penchant for being environmentally concerned. And I also noted a quick wit imbedded in her 140 characters.  I was headed up to NY in 2010 for a wedding so @gemswinc and I agreed to meet for coffee at the airport.  Let's just say that it is somewhat amazing that either of us is capable of communicating using only 140 characters.  We are both quite chatty.  On that trip Cindy was kind enough to drive me from the airport to my sisters, saving a trip for my brother-in-law and the environment since she drives a Prius ;)

In 2011 she was headed down to Central Florida for a family visit so we agreed to meet for lunch.  I found an "off the beaten track" restaurant on Lake Jessup which was unique and somewhat nature oriented.

Here we are in 2012.  I was once again headed to Long Island for a wedding so we planned to meet at least for coffee or lunch during my 5-day whirlwind trip.

The week I planned my trip details, I had to update mailing lists for the native plant people.  I noticed a member had a 631 telephone area code. Odd, because that is the area code for my sister on Long Island.  I looked and saw that this member showed an affiliation with "South Fork Natural History Museum" which I had never heard of, and since I lived part of the time on Long Island for 20+ years, my curiosity was piqued.  I ran a search and found that it is located in Bridgehampton, on Long Island's East End and it indicated that it had a nature center and trails. I tweeted @gemswinc to see if she ever heard of it. Nada. 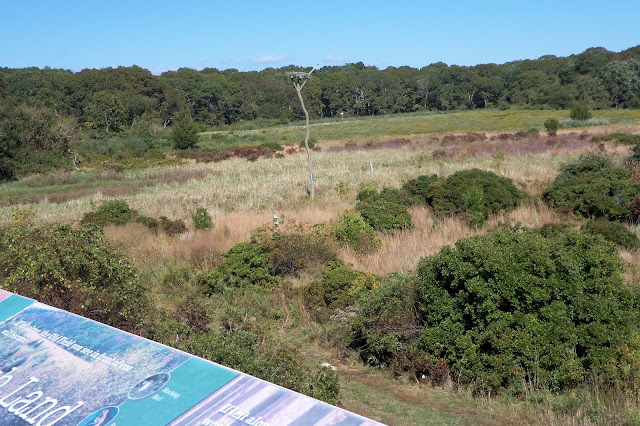 We decided this might be a fun place to investigate for our lunch "tweetup".  Obviously geared toward children, but heck, we're just big kids, so it seemed like the perfect venue and it was.  We headed out and had a quick lunch at "the Pear" in the town of Bridgehampton and then headed off to find the museum.

What a great place! Lindsey ??? greeted us and gave us each a field guide for the inside exhibit. She explained that the tour is set up to get children (and adults) familiar with making use of a field guide. I also learned that the native plant society member is the retired director of the museum and I saw his name on a flier as a scheduled tour guide for the upcoming weekend tour. 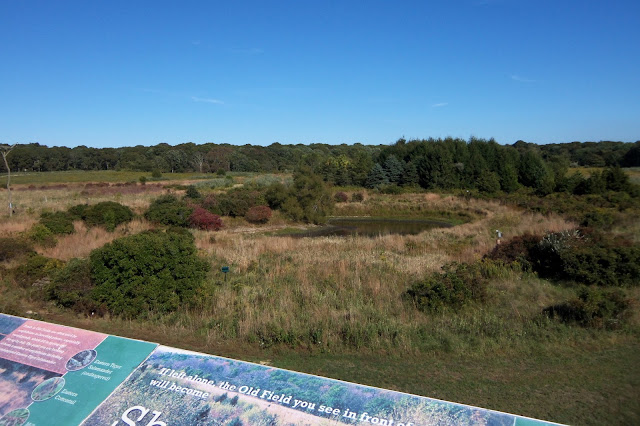 Since it was a Monday in off-season, we had the whole place to ourselves and Lindsey was quick to interact and answer our questions.  You open doors, pull out drawers and peer through portholes to learn various aspects of nature.  Cindy and I were discussing whether or not the turtle was alive or animated when Lindsey quickly explained that many of the inside exhibits have a "live" half.  The turtle WAS alive!  We were a lot more vigilant looking for things on the "live" side.

There was a "touch tank" filled with crabs, fish, muscles and other interesting creatures.  We headed out to the trails and saw beautiful butterflies, lots of wildflowers and birds.  A return to center took us up to the observation deck that is equipped with spotting scopes and books of the possible creatures you might find out in "the old field". The director ???? joined us and he spotted an eagle doing acrobatics off in the distance and he positioned the spotting scope so we could enjoy the encounter too. 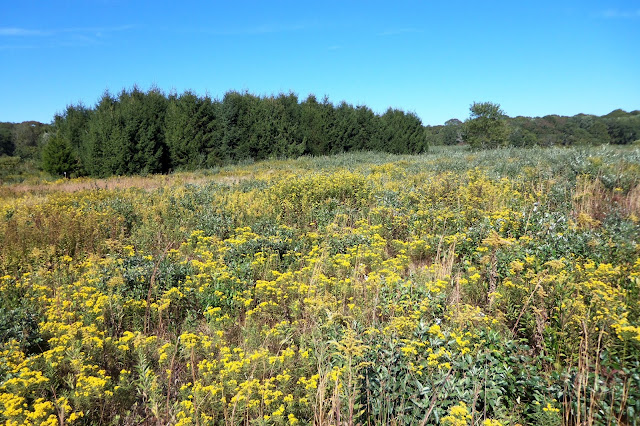 It was a beautiful fall day. The trails are part of the Long Pond Greenbelt which is public lands, so the museum doesn't have to be open for you to enjoy this aspect, but I highly recommended that you plan a museum visit to see all this little natural wonder has to offer.  Bring the kids if you have them, but don't let not having kids stop you from enjoying this "off the beaten track" gem.
Posted by Loret at 8:38 PM 2 comments: Links to this post